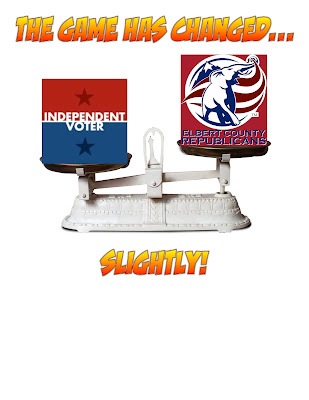 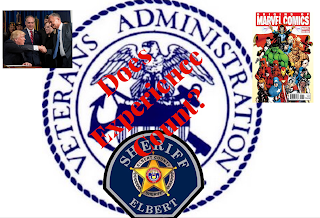 It has been a long while since I sat down and worked on my blog.  We have had many disruptions in the Thomasson household.  I have had serious surgery on my back to fix three vertebra, my wife underwent a seven hour spinal fusion surgical procedure during which she almost bled to death.  We have had health issues with our beloved now-geriatric dogs and one of them had to be put down this last weekend.  Everybody runs into difficult patches like this from time to time.  We face our problems.  We do what is necessary and then we move on to a stage of healing and change.  I am not soliciting sympathy here, it is what it is.

But today, when I was thinking about some of our problems, at a certain point I remembered that there are countless people in this country who have ongoing health issues that they deal with that are chronic and were derived as a result of being in the Armed Forces of the United States.  I felt that their problems and the difficulties that they have in getting treatment through the V.A. (Veterans Administration) gave me a better perspective on my own situation.

Now stay with me here because I am going to come back to this important point in a few moments. It will take a few twist and turns along the way. Those of you who read my work know that I am a Democrat, that I work with Elbert County to help execute elections and that I have even run for commissioner with the firm knowledge that I was not going to have a snowball's chance in hell of winning.  I do not take on President Trump in this blog even though it is no secret that I am not a fan.  He is still my President.  With that said, I want to point out one blatant flaw in our current Republican majority in the Federal government without any real name calling.  I will stay squarely with verifiable facts and throw a few of those facts out there for  thoughtful discussion.

The Trump administration has failed to properly run the V.A. and has let the 9,000,000 Veterans and their family members down.  It is a real problem and more important than any arguments that center around disrespecting America.  Standing for the Pledge of Allegiance versus "taking a knee" is a false canard dreamed up by politicians when it is placed next to the abysmal way we are treating the men and women who risked everything for our freedom and came home physically and emotionally wounded or broken.


Today I read an article in Esquire Magazine and I fact checked it against several sources, https://www.esquire.com/news-politics/politics/a22675157/veterans-administration-mar-a-lago-donald-trump-asbestos/.   It turns out that there are three people in charge of running the V.A. right now.  None are veterans.  None have any experience in running anything that resembles the largest medical complex on the planet.  Nope, the thing that got these three people the job of running the V.A. is that they are all old friends of Donald Trump.  They are card carrying members of his resort, Mar-a-Lago.  One is a lawyer.  One is a Palm Beach doctor who helps wealthy people obtain high-service “concierge” medical care. The third is the reclusive CEO of Marvel Entertainment, Ike Perlmutter.  Let that sink in for just a moment: The comic book guy is in charge of the health and well-being of the people to whom we owe so much in this country.

This is not a good thing.  This is not a political thing.  Plain and simple... this is a disrespectful gross error that should be rectified.  Our president promised us the "Best People" and these three are not qualified nor do they understand the needs of of our Veterans.  Period.  No matter what your political stripes are, no matter whether you are a fan of this president or not, our Veterans deserve the most qualified person available, and that would require a careful search beyond the confines of the locker room at the president's golf club.

Which brings me back to my day and thinking about my own situation.  Oddly enough, I have been thinking about a discussion regarding who is best qualified to become our next sheriff.  Tim Norton and Don Cherobee are both really nice guys.  In my humble opinion, it is the first election cycle in a long while where I am sure we will end up with a good person at the helm of the Elbert County Sheriff's  Department.  I have been drawn into some discussions in regards to which candidate will do the better job.  I can say with no  hesitation that the most qualified person for the job is Don.  Hands down, there has never been a more qualified person running for EC Sheriff than Mr. Charobee.  He has been in law enforcement all over this country and in Europe.  He has decades of leadership under his belt.  He has recommendations from all levels of law enforcement.

Does that mean that others should see things my way and vote for Don over Tim?  No, it does not.  But the arguments against Don that I have been seeing are quite frankly void of reason and more importantly, honesty.  I have heard it said that he has too much investigatory skills and not enough time spent in a patrol car.  I had one person try to argue that if you need a doctor, you don't go to the dentist.  (I still am not sure what that was about.)  But when it boils right down to it, most of the arguments are intellectually dishonest.  Those disgruntled citizens know Don has more experience, better training and much better recommendations than does Tim.  If they would just be honest, they would come out and say that they can't lower themselves to vote for a Democrat. What it says is that a less qualified Republican is a better choice for them than a more qualified lefty.

Which finally brings us back full circle.  If Elbert County is the place you make your home,  I suspect you love the rural lifestyle and your family is here.  If you or a loved one ever finds themselves in need of a police officer, you won't call the dispatcher and expect them to send out a Republican officer to chase off a burglar. No, you will want the best trained, best equipped person that the department has to offer.  Why we have politicized the sheriff's department in Colorado is beyond me.  It is about following the laws.   Our sheriffs cannot pass gun legislation, and it does not matter one whit whether they like Paul Ryan or Nancy Pelosi.  It is all about service to a community and following the laws of the land.  If you are looking for political purity of ideas over solving crimes or keeping us safe, then in my opinion you have lost the meaning behind law enforcement.  You will notice I did not say law interpretation...that's political and that should not be a consideration.

If you believe the V.A. should be headed by people of integrity, have an impeccable resume that includes military service and an expressed devotion to the 9,000,000 people utilizing the services of the Veterans Administration, you wouldn't just pick one of the guys you play pinochle with at the club.  They may be wonderful people, but that does not mean they should be in charge.  We owe more to our Veterans.  Likewise, if you have two nice guys running for sheriff, a position that by rule should be above all politics, then you should hire an experienced leader.  We owe more to our Elbert citizenry.

But...and I mean this in all sincerity, it is your vote to spend.  Vote the way you must. Just be honest with yourself about whether your vote was about the most qualified or the most politically pure.  There is a huge and troubling difference.
Posted by Robert Thomasson at 12:35 PM No comments: