Open Letter to the Chairperson of the Elbert County Republicans 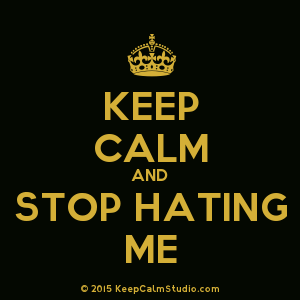 This past week, a friend of mine posted the meme printed below that he had shared from the Elbert County Republicans Facebook page. The letter following this picture is an open letter to Elbert County Republican Chairperson, Tom Peterson. He is responsible for the message that this meme was designed to evoke.  I chose not to let this message to go unchallenged. Please note, I do not believe all Republicans feel this way about Democrats 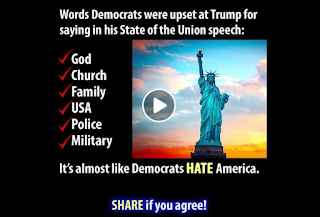 Dear Mr. Peterson,
Although we have met on numerous occasions, we never have once participated in any kind of meaningful conversation.  It is therefore an  accurate statement to say you do not know me on any kind of personal level.  You may have formed an opinion on me based on my party affiliation, my blog posts, my editorials in local newspapers or my writing for various electronic media outlets.  The same can be said of my opinion of you; I only see what you pass along on the internet in your role as a political chairperxon. I do not know you on any sort of a personal level.
I have served as the vice chairperson of the Elbert County Democrats. I have been in charge of the party’s website and content.  I took that position very seriously and made sure that if I put up any kind of information that was critical of the Republicans or their leadership, that it was accompanied by the information that the opinion was based upon.  Those who were criticized might disagree with that assertion, but I believe it is true. As I began to disconnect from the leadership in the local party politics and move toward civic issues, I began my blog, Mundus Vult Decipi.  I have tried to point out that partisan politics should have very little to do with local governance. In the sixty or so posts on my blog since it began, I have almost exclusively tried to point out that Elbert County is safely in the control of Republican leadership. Despite the fact that the majority of our county is conservative in makeup, you seem to not be satisfied with what most people recognize as a Republican stronghold.  In fact it appears you would only be satisfied if every Democrat would just pack up and leave.
But how far away would this citizen have to move away for you to be satisfied, Mr. Peterson? It seems as if the meme you posted wants to paint everyone in my party as someone who hates this country.  Actually, I do not have to guess about your feelings on this matter.  You state in your opening remark for the meme that you in fact do believe that all Democrats hate our country.  So to answer the question with which I began this paragraph, I believe you are saying, leave America. You have no use for any ideology that differs from yours.  My way or the highway! One party rule! I know you are probably saying to yourself that I am being hyperbolic.  The brutal truth is your mindset embraces intolerance  and shuns the founding principles on which this country was founded.  That said, here you are, the chairman of the local Republicans. A leader who believes that memes like the one you posted are good for America, should be viewed as wholesome and make your county a better place to live. Except it is the opposite.
I can only speak for myself, but let me share a few facts that are indisputable about this one, single Democrat who has lived in this county for twenty-one years.  I work hand in hand with my Republican neighbors in my community, doing volunteer work and helping to assure our roads are plowed and if a fire comes, I will show up with my fire mitigation wagon until the firefighters arrive. I work every election cycle knowing full good and well that no Democrat will be elected in Elbert County and that means taking classes and attending meetings which pull me away from my personal life.  If that was not hateful enough for you, Mr. Peterson, I am currently raising money for the American citizens in Puerto Rico selling photography at a loss to help those in need.  Cue the spooky music, Tom,  it gets even more despicable. I have done mentoring with “at risk” kids in the county. I spent months  working to get a brand new school in Elbert and I don’t have any children. I do historical photography to illustrate the beauty of Elbert County. I donated a 100 year old woodworking marvel that was once in our CCC camp that is being restored for our local museum.  I gave up my AG status the day we moved to this county so that my taxes would help the schools. I can go on, Tom.  But the purpose of this blog is not to sing my praises, because I did not do any of those things for personal recognition any more than anyone of my Republican friends did who were standing right beside me over the years.  We were all just interested in being good citizens, good Americans and good neighbors.
So, Mr. Peterson, you say I hate my country, my police, your family, your church, the military. I could easily put up examples where I provide support to all of those institutions, but why? I have a feeling you will  just be telling  those around you about the pride you are experiencing for further dividing citizens in the county.  I believe in my country, its diversity, the two party system and the goodness of the human heart. You may be a decent person, Tom, but it is hard too see it when you champion the very hate you try to pin on Democrats.  Every soldier, every policeman, every EMT in an an ambulance, every firefighter has a set of political beliefs which is their right granted to them in the constitution. It is tragic, unhelpful and cruel to suggest that their service might be suspect because you believe if they are Democrats, liberals or progressives that they harbor hatred for the country they serve with their lives.
I don’t hate you, Mr. Peterson.  I just refuse to do any less for my neighbors, county, or country to prove your outrageous concept of leadership. Someone has to do the work of bringing people together and to counter your false claims.