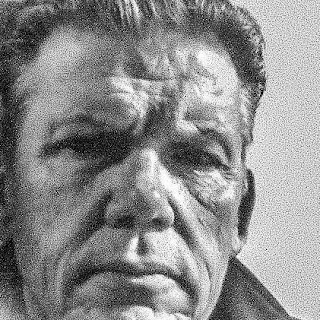 It was my unfortunate luck to wake up this morning and see another long diatribe sent out by Robert Rowland.  Just when I thought we had heard the last from this misinformed master of hyperbole, he sticks his head up out of the brackish green waters of his pond and croaks another loathsome song about the evils of his arch nemesis, Jill Duvall.
Rowland is incapable of understanding why people listen to anybody other than himself. He does not understand that he is the reason people look to citizens like Jill for information.  Every possible malady in this county is attributed by Commissioner Rowland to a leftist agenda from a party which has not had an elected commissioner in office since Bob Hall.  People who were not even born when Mr. Hall was in office just voted in the last election.
Your party has had a couple of decades to get this growth issue well in hand, Mr. Rowland.  We just voted in the next four years of Republican leadership, Bob.  When are you going to realize that political parties do not make positive change?  Leaders make positive change.  Following your logic, we should be looking at Weld County in the rear view mirror as we put our pedal to the metal to pass Douglas County.  Face it, Mr. Rowland, your legacy in this county's history is that you will go down as the guy who accomplished little except bringing the term "ethics violations" to the forefront of Elbert County vernacular.
I have been deeply involved in the movement to make people aware of water issues since well before I moved to Elbert County nearly twenty years ago.  Gaye and I have tried to help people understand how clean water aquifers work.  We have helped hundreds of people gain control of their water rights by showing them how to adjudicate them.  We do not always agree with the reasons people choose to adjudicate their water rights, but we understand that the more people become involved, the longer this finite resource will be around in the future. Ours is not an agenda of no growth. Growth is inevitable. Ours is an agenda of smart growth that allows a voice to everyone because the rooftops are coming.
Almost everyone in this county is dependent upon groundwater.  That is truth.  Anything that puts our groundwater in jeopardy or adversely impacts it is going to be scrutinized by those who wish to live here.  That is not hyperbole. There is no political affiliation when it comes to the need for water to survive.
If Mr. Rowland believes that Jill Duvall is being asked just to speak to groups of predominantly "leftist Democratic" property owners, then he is delusional.  Drive County Road 158, Mr. Rowland.  Look at the multitude of signs opposing the  Independence development.  See how many people are flying a Gadsden flag to which you so proudly cling as a Tea Party advocate.  See how many Trump signs are still remaining in yards. I dare say I did not see a single HRC sign.
People do not care about your unfounded fear of Jill Duvall. She is strong enough to stand toe to toe and fight for what she believes, and believe me when I say it comes with a hefty price tag of abusive commentary from the likes of you and your minions.
We have had an election.  To nobody's surprise, the Democrats got trounced here in the county.  Will it be more of the same?  Will it be a time of prosperity?  If the new EC commissioners listen to their constituents and explore development with respectful caution, then we may be on our way out of the ditch.  If they just listen to the developers and ignore the property owners who have legitimate concerns about water, traffic, and the knowledge that growth does not always fill empty coffers, then we may be in for four more years of blaming Jill Duvall for everything.  At least we won't have Mr. Rowland preaching from a commissioner's office about his virtuous tenure as a successful elected politician...so it has to be a little bit better, right?

Elbert County Planning Commission or Sponge Bob... for which would you swear an oath?

Several people wanted me back on the Elbert County Citizens page. One even went so far as to add me back without me knowing it. I guess I did not realize that was possible, but hey, you live and you learn. This was my first post upon my return to the page and so I decided  I would  get off on the wrong foot for my opening salvo.
Two things need to be said this morning. Number one, and I suggest you check me out on this with the State of Colorado, the Planning Commission is not a courtroom and its members have no right to hold a "swearing in" procedure. They are merely a group of citizens who give advice to the commissioners on planning and development. I swore an oath as an elections official because I handled sensitive information. I had a background check done to insure I was not a criminal. All of that was perfectly acceptable and necessary. Nobody should agree to anything that gives the false impression that a body has more power than it does. If I ever attend another Planning Commission meeting, I will swear into their meeting when they agree to pledge allegiance to Sponge Bob Square Pants. The second thing is that the Planning Commissioners do not own the truth. They own their own perception of the truth. To suggest that the "Speculative opinions and general expressions of fear of potential increases in crime, traffic, or impacts on property values do not constitute competent evidence" is to suggest that their unprofessional opinions are the law. People have every right to speak their hearts. They, after all, are the reason we have representation in government not vice versa. They have every obligation to listen to the people even if it runs counter to their preconceived notions. This is an insult and a travesty. The new commissioners need to stop this run away train before it goes another mile. Remember, there is no political affiliation when people stand up to protect their homes. I do not know who decided that this was a good idea, but it needs to be eliminated before the county finds itself in yet another newsworthy scandal that leads to unnecessary litigation of which it is certain the PC (and thereby Elbert County) will lose.  Haven't we learned anything?
Posted by Robert Thomasson at 1:32 PM No comments:

A few thoughts on the 2016 Election 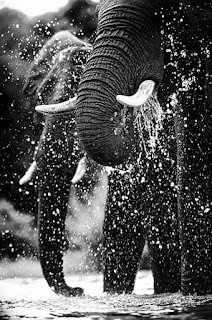 It is never easy to lose.  Some losses are more traumatic than others and in the case of this most recent general election some people are grieving in a manner that is consistent with the death of a close family member.  It is with that fact in mind that I ask that all of my friends on either side of the political aisle remember that it is never okay to harass or belittle a person who is in a state of grief.  You would not tell a person whose brother just died to "Suck it up." Nobody would condone people making fun of a person who just lost a family pet or a close friend.  But that is exactly what is transpiring all over this nation of ours.  There is nothing good that can become of this callous behavior.  It needs to stop.

There are those who want to be congratulated upon their successes.  They fought hard and they won.  It is understandable and it reasonable for those who have campaigned and prevailed to want acknowledgement for their efforts.  To those people I say with no reservation, "Congratulations."   The people have spoken and you deserve your chance to fulfill your campaign promises of clear and transparent leadership.  To those who lost,  I wish to thank you for your participation in democracy.  It was designed and always meant to be a system where opposition is not only expected but necessary and you have brought that balance to the table.

We reside in rural America.  This election was handed to the Trump Campaign by our demographic. While pollsters and media types were busily monitoring the temperature of urban America and completely ignoring the significant number of citizens living in places like Elbert County,  Mr. Trump courted us.  Rural America, a group who is often marginalized or completely ignored, stepped into the ring and delivered the telling blow and almost nobody saw it coming on the left.

Elbert County voted in unprecedented numbers.  I worked to help officiate this campaign as I have for so many elections in the past.  This new system of voting in Colorado helped to bring this election home for the Republicans.  It is almost impossible to corrupt the vote count despite campaign rhetoric to the opposite.  It allows for reactivation of those who have become inactive at the polls.  It also provides for immediate registration for new voters just before they cast their ballots.  Elbert County sent out over 17,000 ballots to eligible voters this election cycle, yet far in excess of 18,000 are now eligible to vote after election day.  That speaks volumes about the power of being able to motivate people to join the system and not suppress the participation.  Many people do not trust government to fairly adjudicate elections, but here in Colorado they have just proven that the system works.

I wish all of our local politician the very best in their upcoming terms of service.  I hope that they do not fall into the trap of believing that there is such a thing as a political mandate.  While the results were absolutely conclusive in the local election, the lines between Republican and Democratic viewpoints blurred here in the county over high density development, water and the use of public funds.  Voters, many of whom were angry, voted a straight ticket.  That skews the impact of local issues and it will serve our newly elected commissioners well to remember that water is lifeblood and all of our local issues of any import whatsoever ultimately return to this fact.  If any commissioner is foolish enough to not heed this warning and moves capriciously to sell water from this county, the backlash will be from citizens across the political spectrum and not just from the Democrats.  Water is not just for donkeys, it is important to elephants as well.
Posted by Robert Thomasson at 10:21 AM No comments: