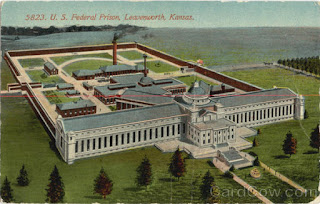 Chris Richardson is a good friend.  If you are on the Chris Richardson BFF list, you can be sure of two things.  The first is that James Taylor will be playing in the background and singing, "You've Got a Friend" if you are ever so fortunate to be invited into the commissioner's office.  The second thing is that if you ever have to resign from your job because of sexual misconduct, you can count on Chris to drop you a glowing note in the local paper that will read like a letter of recommendation from your mother to a prospective employer.  Yep, that is just the way he rolls.

Oh, look here.  This is a letter to the editor in the Ranchland News:

I am dismayed by the prurient obsession with the private lives of others some people are showing locally on social media.

Tawdry gossip is beneath us as a community but, obviously not for all individuals.  These few individuals seemingly have no shame.  They strain the limits of patience of this tolerant community.

What is perhaps worse is that no one is in possession of all the facts and circumstances that effect another. But that does not seem to matter when constructing a tale intended to damn others.  If these people were children they would be classified as bullies.  As adults they should be too.

Each of us is uncomfortably aware of our own failings.  None of us would want to see the worst of ourselves made the topic of speculation.  Those few that revel in the pain and misfortune of others are not providing a noble public service.  They are spreading an ignoble stain on us all.  Were the shoe on the other foot they would likely be the first to cry foul.

We are better than this.  We should expect better of our neighbors.

I ask each of us to be better than our worst selves.  That we no longer tolerate those that would tear others down and demand civility in our public interactions.

Mr. Richardson is sure getting good use out of his "Word of the Day" calendar that he got for Christmas.  My two favorite word choices from his important missive are “prurient" and “tawdry." Richardson is trying desperately to shift the blame of a poorly run county manager's office of which he has (along with the other commissioners) lost control.  Look away, he says.  Do not listen to those who are critical of a good man when he is down.  These muckrakers just want recognition for themselves.

There is nothing in this story that has unfolded at the courthouse that is “prurient”  because no one has discussed any of the details of the sexual indiscretions between Ed Ehmann and an employee under his review.  If that were the case, then it would, in fact, be cheap, or to use Chris' word, "tawdry."  We just know, from accounts of the family whose world Ehmann has turned upside-down, that there was an affair, that the impacted family has split, and now two county employees are being paid for not working until the end of August.  For it to be rumor and innuendo, one would have to be passing along something that is false.

The commissioners knew that this was going on and did nothing about it for an extended period of time.  We know that Mr. Ehmann had been called in by at least one of the sitting commissioners and grilled about a different allegation of an affair with yet another employee. It is reported that that accusation was denied.  And there are more people who have discussed at least a third relationship with another former employee.

I have no idea as to the veracity of these other accusations.  For all I know, they might be entirely false.  That is why I specifically chose not to use their names.  But to say that there is no reason to have had any concerns about our former County Manager's behavior is pure nonsense. His reputation preceded him and was not conjured up by the people who Richardson is trying to blame. Remember, the vast majority of people who read, follow, and give us information about the courthouse shenanigans are Republicans and Independents.  To say this is the fault of a few malcontents in the general population is ridiculous. I would ask Mr. Richardson to provide any proof of a series of false or misleading articles on this topic that would demonstrate his position. Any news of improper conduct by the former County Manager has sprung from the courthouse itself, impacted residents and the employees of the county.  Not everyone in Kiowa believes Ed Ehmann deserves sainthood despite what the commissioners are saying.

We are paying people with our hard earned taxpayer dollars who I believe should have been fired for cause.  In Elbert County government employees resign and they keep on collecting their paychecks.  The only people who have the ability to authorize those paychecks are the commissioners.  Mr. Richardson’s solution is to preach to us from his amazingly high horse about virtues, casting stones and the fact we should show no tolerance for those who are tired of the waste of our taxpayer dollars. Really?

Or is it just that the BOCC is beginning to realize that the lawsuits are mounting up, the person with whom they entrusted the actual running of the county is now out, and the attorney that they have relied upon for for questionable advice for so long has also resigned and he is also still drawing a paycheck.  If someone points out that we should be aware that what Ed did was not only wrong, but also has exposed us to even more litigation of which we would likely lose if the woman in this scenario decides to sue, then everybody should be quiet and just let the BOCC handle it?  I do not think so.  I think we should require the commissioners do a better job of both hiring and firing.  Stop blaming things on people whose right it is to complain if their elected officials refuse to do a good job.

I have spoken with a couple of friends (Elbert residents) who are retired officers from United States military service.  I asked both of them this simple question:  If a higher ranking official,  in charge of the performance review of a lesser ranking member of the military under him or her, were to become engaged in a sexual relationship with that person, how would the military view that behavior? One went so far as to bring up his current copy of the Uniform Code of Military Justice (UCMJ) and went over in detail Articles 130 and 134 which talk about what happens when someone in a higher ranking position takes advantage of their position in regards to sexual improprieties.

While the courthouse, of course, does not fall under UCMJ guidelines, we see headlines every day about people who take advantage of employees and it usually ends up in court.  Fox News has recently paid out millions of dollars worth of fines imposed by judges for this abusive use of power.  The taxpayers pay for all of this nonsense if it occurs in our local government.  In short, retired Colonel Richardson, knows that this behavior was wrong, and he is not improving the situation by condemning people who want more from their elected officials.  He is perpetuating it.

The second retired officer I contacted had a different answer than the first.  His outlook was much more dire.  He simply explained that the questions that I was asking were a regular topic of conversation behind the walls of the military prison in Leavenworth, Kansas!  If the military takes this sort of misconduct that seriously, why doesn't Mr. Richardson realize that what the former Elbert County Manager did was wrong and that he should have been fired for cause, not given a glowing send-off with a pay check?

* All grammatical errors in Mr. Richardson’s newspaper article were left as-is.
Posted by Robert Thomasson at 7:20 PM No comments: